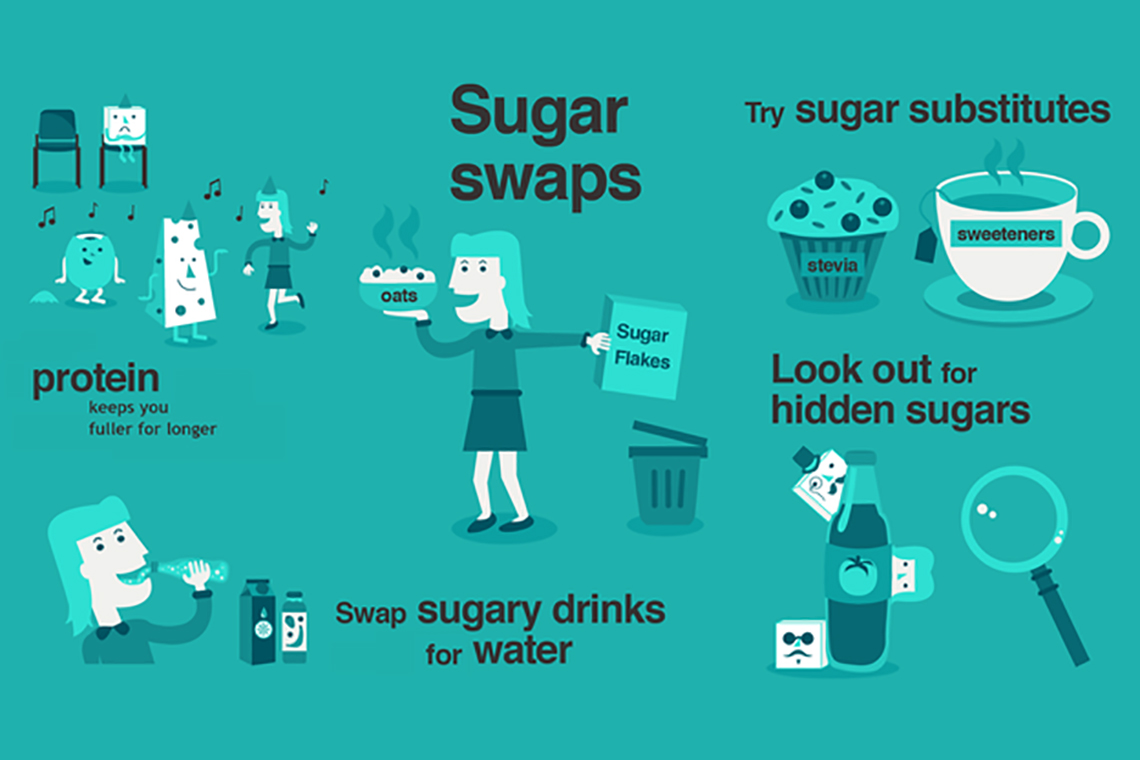 We have watched excitedly this month while media attention is finally heading in the right direction over the hot topic at the moment: sugar.

It has been likened to having the same effects on the brain as highly addictive drugs, such as cocaine and has been announced as one of the main causes of obesity in today's society.

The dental world has known for a long time just how much sugar affects the body. We try daily to convey the following message to our patients: if this is what sugar is doing just passing on its way into the body, just think about what it's doing on its journey throughout the rest of the body!

Sugars are hidden in everything.

They are what make so many convenience foods taste so fantastic. And they are there to encourage us to reach for more once the buzz of the sugar rush wears off. It's a nasty cycle. But the positive thing is, it's one that can be easily broken with just a few small changes. And the effects of these changes can be profound, both for your oral health and your overall health. So, featured below are a few sugar swap tips from our own members of staff:

"I was such a sugar-addict before entering the dental world. I knew the obvious stuff would be bad for my teeth: chocolate, sweets, fizzy drinks. But little did I know just how much sugar is in fruit juice! It's often as sugary as fizzy drinks. So I swapped fruit juices and squashes for plain, cold water. Which took a little getting used to, but to help the transition I used to put lemon or lime slices in with it."

"I used to crave sugary cereal in the mornings and it took me a while to figure out that I was getting so hungry mid-morning, because the sugar rush was fading. I've switched to porridge now. Which I put fresh fruit on. It takes barely any time to prepare and I stay full right up until lunch."

"My sugar swap has been mainly focused on savoury foods. It's so easy to be fooled into thinking that because a food is savoury, that there is less sugar in it. But take a look at tomato ketchup, Heinz ketchup contains 23.6g of sugar per 100ml, that's almost as much as a can of Coca Cola! So we swap instead to making as much from fresh as possible."

For more ideas on how you can introduce sugar swaps, have a look at the following article: http://www.dailymail.co.uk/health/article-126977/Secret-sugar-shock.html or speak to your dentist at your next visit to Oak Lodge.